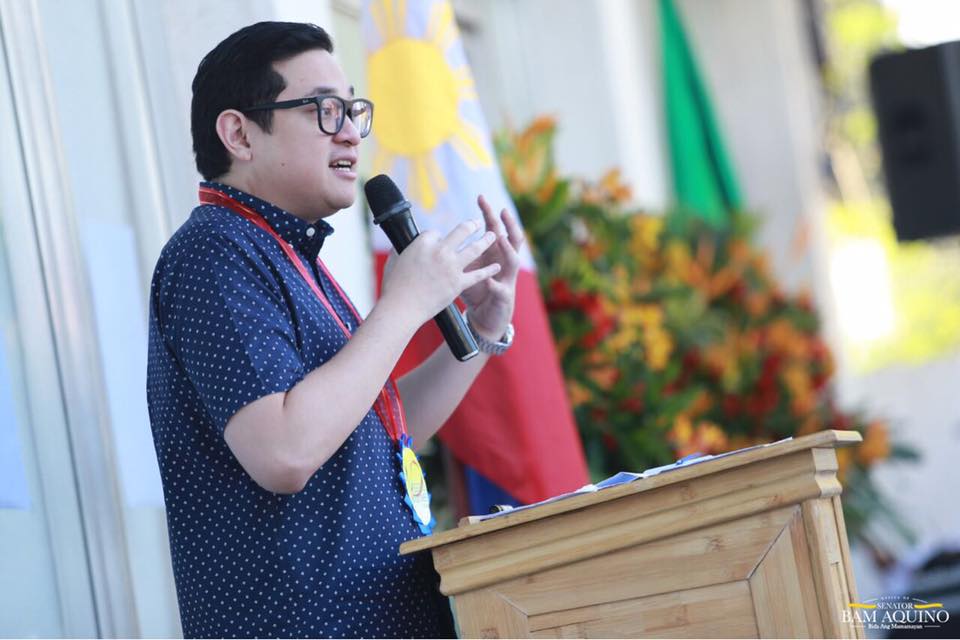 Senator Bam Aquino credited the success of Negosyo Centers to the continued cooperation between the legislative and executive branches of government as well as the private sector.

n. Bam during the launching of the 400th Negosyo Center in Marikina City.

Sen. Bam is the principal author and sponsor of the Republic Act No. 10644 or the Go Negosyo Act in the Senate.

Through the Negosyo Center, Sen. Bam said the Department of Trade and Industry (DTI) now has a frontline service organization that will cater to the needs of micro, small and medium entrepreneurs.

Sen. Bam also lauded the private sector and non-government organizations for its participation in the success of the Negosyo Centers.

The Go Negosyo Act, the first law passed by Sen. Bam in the 16th Congress, mandates the establishment of Negosyo Centers in all municipalities, cities and provinces that will assist micro, small and medium enterprises in the country.

The Negosyo Center will provide access to bigger markets and financing for businesses, training programs, and a simplified business registration process, thus helping ease of doing business and fast-track government processes in putting up a business.

Sen. Bam continues to work closely with the DTI to ensure the effective implementation of the law.

According to the DTI, the number of Negosyo Centers will increase to 420 by the end of 2016.