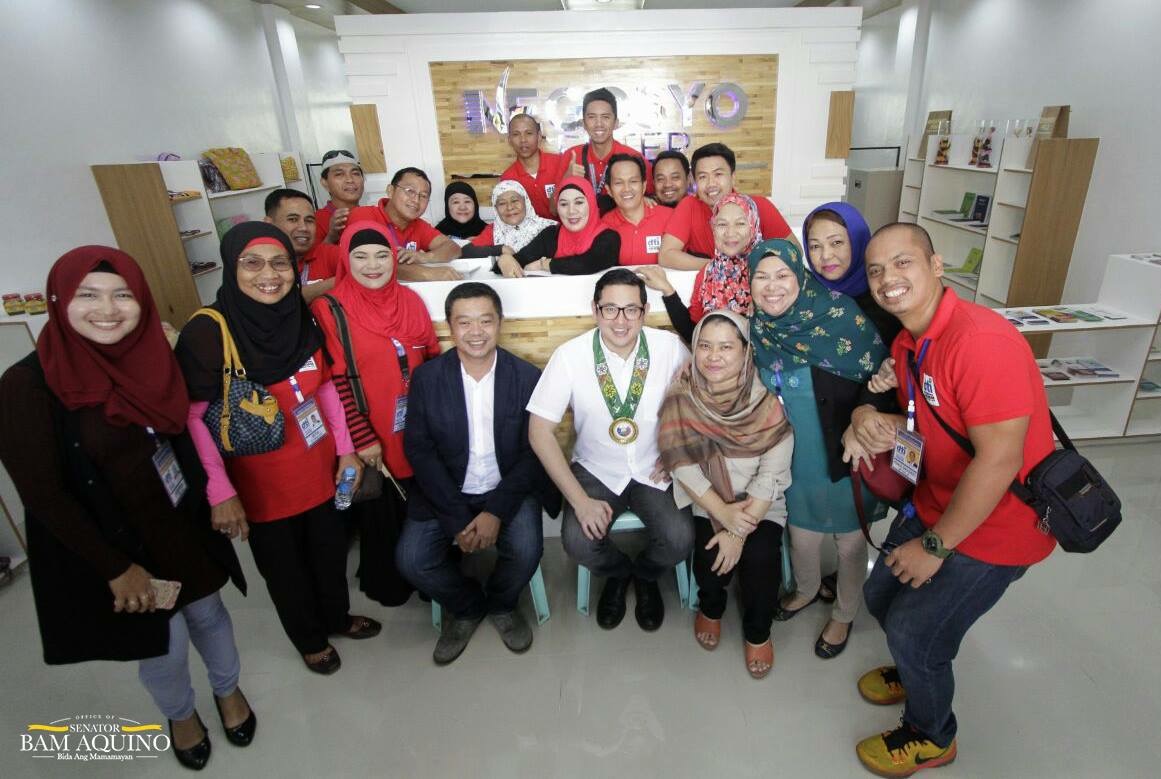 The first Negosyo Center in the Autonomous Region in Muslim Mindanao (ARMM) has been inaugurated in Marawi City, giving entrepreneurs in the city and nearby areas a reliable ally in helping them start and develop their business.

“Matagal na naming tinatrabaho ito with the Department of Trade and Industry (DTI) kaya natutuwa tayong ito’y naging isa nang katuparan,” added Sen. Bam, principal author and sponsor of the Republic Act No. 10644 or the Go Negosyo Act in the Senate. It was the first of 17 laws passed by Sen. Bam in the 16th Congress.

Vice governor Adiong expects the Negosyo Center will help local products flourish, not just in nearby markets, but also in the national stage.

Local officials and the military said the Negosyo Center can also boost local economy, which will ultimately pave way for peace in the area.

The Go Negosyo Act mandates the establishment of Negosyo Centers in all municipalities, cities and provinces that will assist micro, small and medium enterprises in the country.

The Negosyo Center will provide access to markets and financing for businesses, training programs, and a simplified business registration process, thus helping ease of doing business and fast-track government processes in putting up a business.