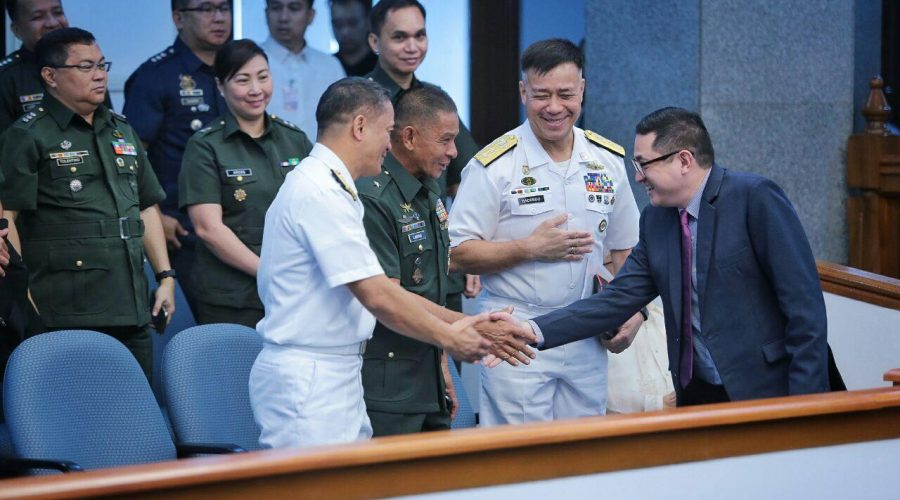 A measure promoting the welfare of military reservists has passed the committee level and is now up for plenary deliberations in the Senate.

In his co-sponsorship speech for Senate Bill No. 1698 or the Reservist Employment Rights Act, Sen. Bam Aquino underscored the importance of reservists in today’s issues, such as disaster preparedness and the anti-terrorism drive.

“Now, more than ever, the AFP needs a dedicated, experienced and sophisticated reserve force – comparable to the Reserve Forces of other great nations,” said Sen. Bam, the co-sponsor and co-author of Senate Bill No. 1698.

The measure was a fruit of Sen. Bam’s dialogues with members and officials of the Army Reserve Command and other government officials and hearing he spearheaded as sub-committee chairman of the Committee on Labor.

During the course of his dialogue with reservists, Sen. Bam discovered that some of the reservists are entrepreneurs, I.T. professionals, teachers, doctors, lawyers, nurses, sales agents, security guards and employees of different government agencies.

The Reservist Employment Rights Act will ensure proper training and compensation for reservists, on top of protection from discrimination in job hiring, reintegration, promotion, or any benefit of employment.

“We must pass this measure to guarantee that at the end of their required military service, reservists will be reinstated to their civilian careers, and to an equivalent position without loss of seniority or decreased pay,” said Sen. Bam.

The measure also protects reservists who suffer any injury or disability during their service, ensuring their reintegration to the civilian work force, so long as they can perform the essential function of their original employment.

“Our reservists chose to put their lives on the line for our safety and security. We owe it to them to professionalize the Reserve Force and assure them their employment rights,” stressed Sen. Bam.