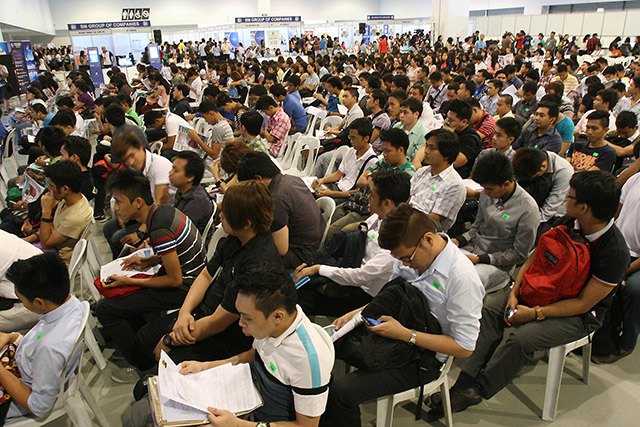 Sen. Bam: Jobs of Filipinos are on the line, stop TRAIN 2

A senator warned that employment of many Filipinos will be on the line once the government pushes the enactment of the second tax reform package, which aims to remove the tax incentives being enjoyed by certain firms.

“After the increase in prices of goods and services, the government will put the jobs of many Filipinos in peril by removing incentives to some businesses,” said Sen. Bam Aquino.

Sen. Bam stressed that if the tax incentives being given to PEZA-accredited firms are removed, many companies would be forced to close shop, affecting the employment of many Filipinos.

Also, Sen. Bam said investors eyeing to put up shops in economic zones will shelve their plan once the second part of the government’s tax package is enacted.

The senator called on the government to further study the impact of the second tax package to Filipinos, saying the effects of the initial package have burdened the public with high prices of goods and services.

In a latest survey by Pulse Asia, 98 percent of 1,200 respondents claimed the prices of basic goods they usually purchase have increased since January of this year due to the Tax Reform for Acceleration and Inclusion (TRAIN) Act.

Around 86 percent of respondents said they were strongly affected by the increase in prices of goods, 13 percent were “somewhat affected,” and only one percent said they were not affected at all.

“The government should first consider reviewing the TRAIN Law before inflicting additional burden with the passage of the second package,” said Sen. Bam.

Sen. Bam has filed Senate Resolution No. 704, calling on the appropriate Senate Committees to conduct a review of the TRAIN Law, claiming it greatly contributes to the increase in prices of goods and services that burdens Filipinos, especially the poor. 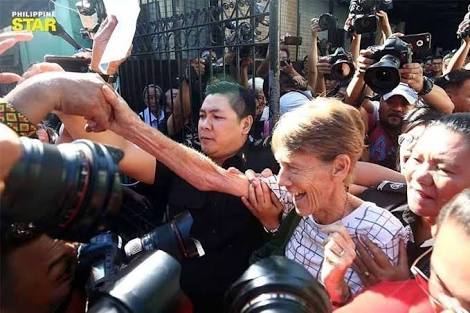 In light of the deportation order against Sister Patricia Fox, Senator Bam Aquino renewed his call for the passage of his measure seeking to give permanent residency to foreign religious workers and missionaries as recognition of their work to promote the welfare of the poor.

“Foreign religious workers like Sister Fox are partners for change. Many of them are fighting for the rights and welfare of the poor through outreach work and social missions,” Sen. Bam said in Senate Bill No. 702 or the Permanent Residency to Qualified Religious Workers Act.

In his measure, which was filed last July 20, 2016, Sen. Bam emphasized that foreign religious workers have sacrificed a lot, including leaving the comfort of their homes and their families, just to serve the Filipino people.

“These are devoted individuals who intend to live the rest of their lives serving the Filipino people,” Sen. Bam stressed.

The measure seeks to amend Commonwealth Act No. 613, otherwise known as the Philippine Immigration Act of 1940, to spare foreign religious from burdensome requirements and procedures to stay in the country and performing their chosen vocation here that benefits our communities.

“This bill seeks to assist the many religious workers who have already dedicated long years of their lives to their missionary work and vocation in the country,” said Sen. Bam.

According to the senator, the measure is also aimed at updating the antiquated immigration law to better address the changing needs and demands of the increasing globalized and interconnected international community.

Earlier, Sen. Bam condemned the deportation order against Sister Fox, saying the government overlooked the missionary’s help to poor Filipinos just because she fought for their cause.

Sen. Bam on the deportation of Sister Patricia Fox

Now, more than ever, we need our laws to protect the rights of people willing to stand up to power and speak out against injustices.

In the 16th Congress, I filed Senate Resolution No. 260 to ensure that the freedom of expression of foreign nationals is not curtailed.

I will file a resolution once again to investigate possible abuses in the deportation of foreign nationals. 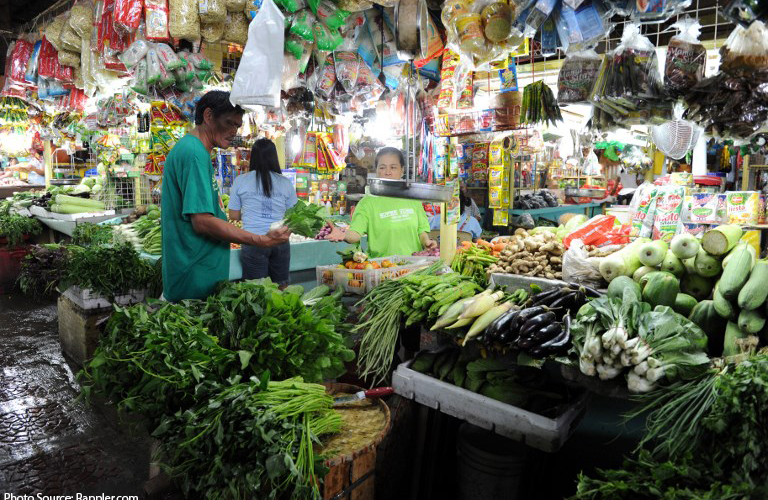 Senator Bam Aquino urged the government to listen to the Filipino people in light of the latest Pulse Asia survey showing pay hikes and increase in prices as major concerns of the public.

The survey conducted by Pulse Asia from March 23 to 28 showed that 50 percent of the respondents mentioned salary increase as the most urgent issue while 45 percent pointed to inflation.

With this development, Sen. Bam reiterated his call to review Republic Act No. 10963 or the Tax Reform for Acceleration and Inclusion (TRAIN) Act as it contributes to the increase in prices of goods and services that burdens Filipinos, especially the poor.

Recently, Sen. Bam filed Senate Resolution No. 704, urging the appropriate Senate Committees to conduct an inquiry on the TRAIN’s inflationary impact and effect on the economy, particularly the P7 and P2.50 excise tax increase on gasoline and diesel, respectively.

In his resolution, Sen. Bam said the Department of Finance assured lawmakers that TRAIN’s impact on inflation would not be more than 0.7 percent.

However, latest data from the Philippine Statistics Authority (PSA) showed that the country’s inflation rate for March hit 4.3 percent. 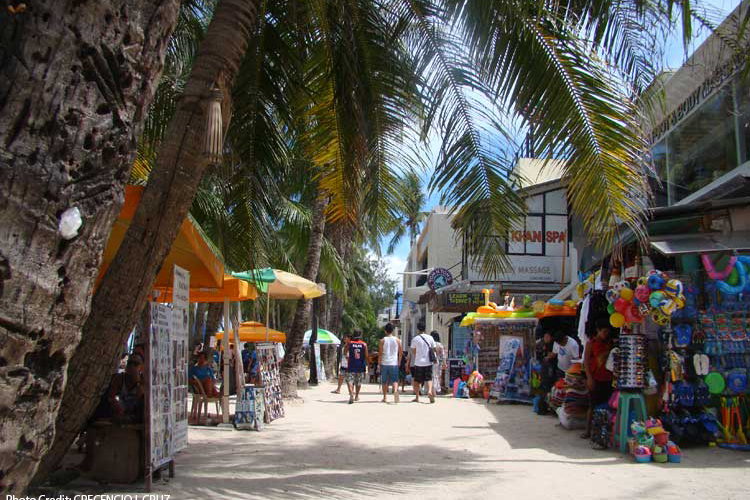 Just days before the start of its six-month shutdown, the government has yet to show a clear plan to rehabilitate Boracay Island and to provide assistance to those affected by its closure.

Sen. Bam said the government should delay its plan to close Boracay if it has no definite plan for its rehabilitation and for the delivery of assistance to its residents, who are relying on the island for their livelihood.

Earlier, Sen. Bam called on concerned government agencies to provide assistance to small businesses that will be affected by the six-month closure of the island.

The senator said Negosyo Centers in Aklan and other nearby areas play a crucial role in keeping micro and small enterprises in the area afloat by connecting them to other markets and provide them with alternative livelihood.

Sen. Bam Aquino, chairman of the Committee on Science and Technology, instructed telecommunications companies to provide free daily notifications to subscribers regarding their load balance.

According to Sen. Bam, the National Telecommunications Commission (NTC) has committed to issue a memorandum circular that aims to address the problem of disappearing load or “nakaw load”, which will include his suggestion of daily notifications or receipts to subscribers.

The NTC said that it also plans to include a minimum two-step process for subscribing to value-added services (VAS).

For their part, the telecommunications companies committed to the implementation of a three- or four-step verification process so clients are well-informed of the services they subscribe to. 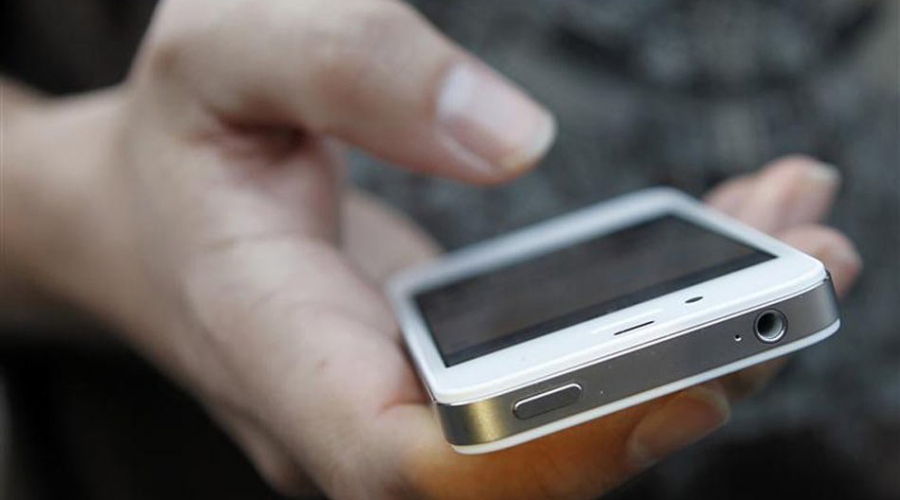 Telecommunications companies are expected to present an update on their respective solutions when Senator Bam Aquino resumes the probe into consumer complaints about disappearance of prepaid loads or the so-called “nakaw load” on Monday (April 23).

“We identified specific solutions during the first hearing so that prepaid consumers no longer encounter dubious load deductions,” said Sen. Bam, who is spearheading the investigation as chairman of the Committee on Science and Technology.

During the committee’s initial hearing on March 5, Sen. Bam insisted that telecommunication companies must be transparent by issuing notifications to their subscribers when load is credited or deducted to their account

Through notifications, subscribers will be able to monitor their load spending and will allow them to immediately cancel services they do not wish to avail.

Sen. Bam also called on telcos to implement an audit of all their value-added service (VAS) subscription, to protect consumers against unwarranted deductions from their prepaid load.

A telco also committed to implement a system refresh that will opt-out all of their subscribers to all VAS subscriptions and impose a stricter procedure when availing of these extra services.

The committee will resume its investigation on Monday (April 23), 10 a.m. at the Recto Room of the Senate of the Philippines. 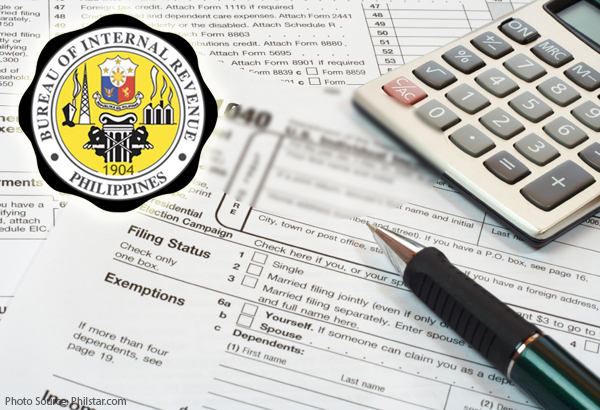 While he welcomes the Bureau of Internal Revenue’s move to intensify inspection of businesses, Sen. Bam Aquino said the agency must ensure that this action will not be a tool for harassment and corruption.

“We laud the BIR’s effort to go after tax evaders, but the agency should also guarantee that they will target large businesses and not harass our micro, small and medium enterprises (MSMEs). Walang kalaban-laban ang mga maliliit na negosyo kung sila ay gipitin,” said Sen. Bam.

Earlier, Sen. Bam pushed for the exemption of micro enterprises earning less than P250,000 annually from paying the required percentage taxes, on top of their income tax exemption, under the Tax Reform Acceleration and Inclusion Act (TRAIN) Act.

Sen. Bam is a former social entrepreneur and long-time advocate for MSME development.

His first law, Republic Act 10644 or the Go Negosyo Act, has established more than 800 Negosyo Centers around the Philippines to help Filipinos put up and manage successful businesses.

Under the measure, all small businesses shall be exempt from payment of income tax for the first three years of its operation from date of establishment and will be subjected to lower income tax rates thereafter.

“This bill also proposes the lowering of the income tax rate for MSEs and an exemption from VAT, among other methods to help our small businesses grow,” said Sen. Bam. 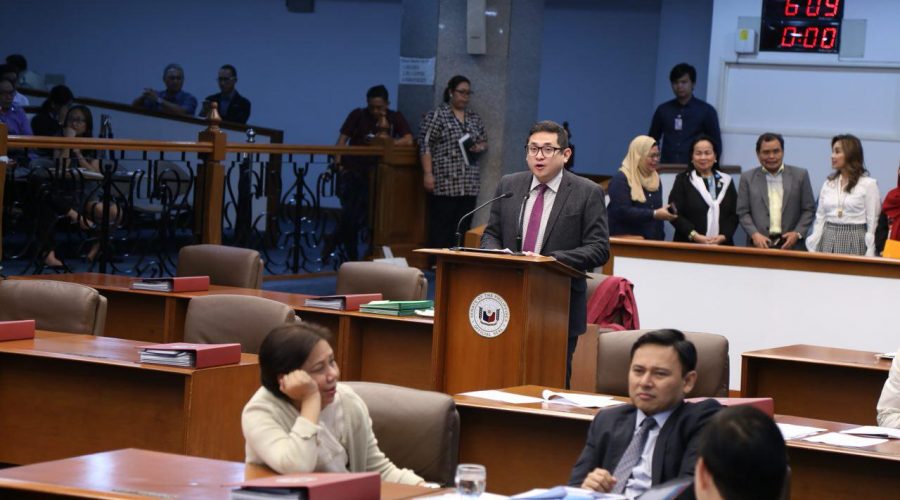 Senator Bam Aquino stood firm as the only member of the opposition within the top 12 of the senatorial race in the Pulse Asia survey conducted from March 23 to 28 – a sign the Filipino people still acknowledge the need for dissenting voices.

Sen. Bam underscored the need for an opposition coalition that is willing to stand and oppose government policies detrimental to the welfare of the Filipino people.

Sen. Bam said the Liberal Party (LP) will join a coalition slate, which will be made up of people willing to speak out and stand up against Malacanang’s policies that may be damaging to the people. 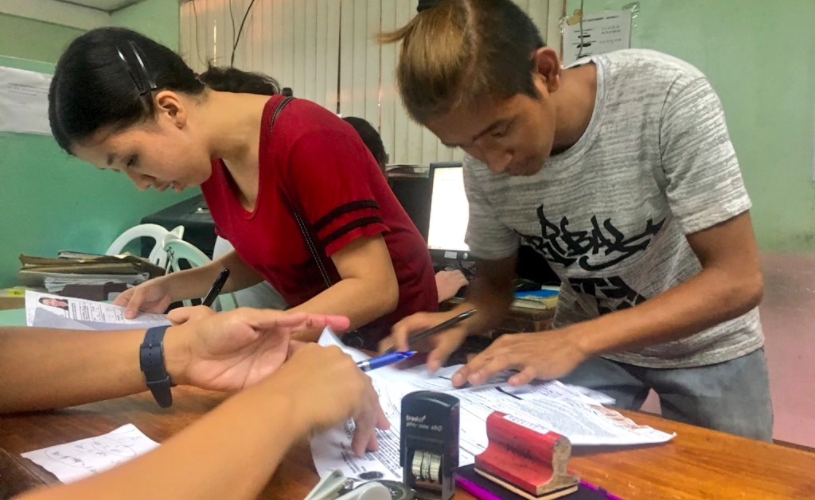 The May 14 Sangguniang Kabataan (SK) election provides promising young leaders a level playing field through the anti-dynasty provision of the SK Reform Act, according to Sen. Bam Aquino.

Co-sponsored and co-authored by Sen. Bam during his term as chairman of the Committee on Youth in the 16th Congress, Republic Act 10742 or the SK Reform Act is the first law in the country with an anti-political dynasty provision. It prohibits relatives of elected officials up to 2nd civil degree of consanguinity or affinity from seeking SK posts.

The law adjusts the age limit for SK officials from 15-17 to 18-24 years old, making them legally capable of entering into contracts and be held accountable and liable for their actions.

The SK Reform Act also requires SK officials to undergo leadership training programs to expose them to the best practices in governance and guide their development as leaders.

The new law also mandates the creation of the Local Youth Development Council (LYDC), a council that will support the SK and ensure the participation of more youth through youth organizations.

The LYDC will be composed of representatives from the different youth organizations in the community – student councils, church and youth faith groups, youth-serving organizations, and community-based youth groups.